This week's Global Market Analysis takes a look at US refined products, with rising demand in gasoline.

The arbitrage for moving gasoline to New York is improving, a potential boon for both refiners and shippers.

The cost of buying capacity on the Colonial Pipeline into the East Coast reached 14 cents/gal on 28 October, the highest value since mid-August, according to General Index data. The cost represents the price of going into the spot market at the last minute and acquiring space to ship fuel. A stronger number represents high demand for gasoline, and the value was at a negative as recently as October 10 during an ebb in interest in moving fuel. 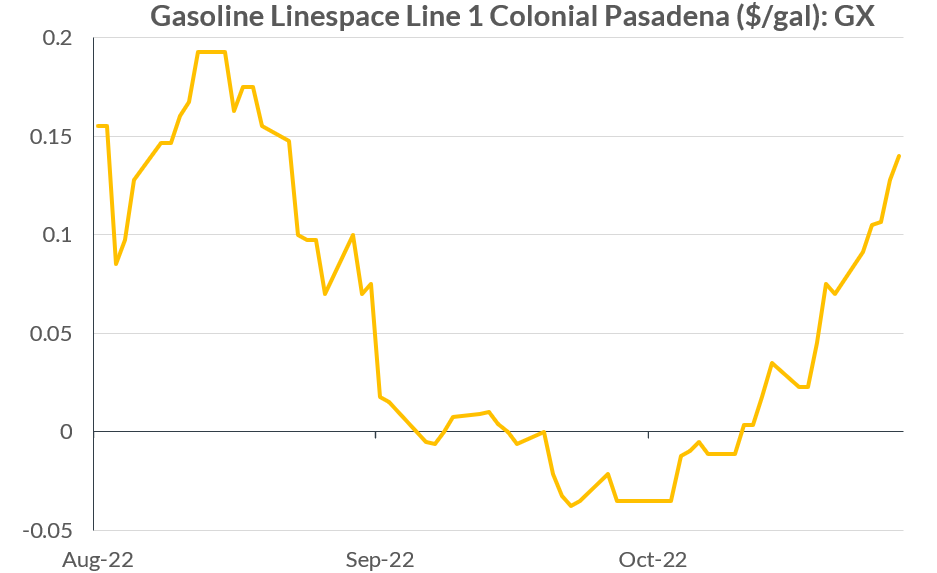 Traders are seeking to ship cheap blendstock from US Gulf Coast refiners east to take advantage of higher value at the destination.

Major refiner Valero this week backed that argument. It said in its earning call that demand in its system is topping pre-pandemic thresholds.

Federal government data also supports the story line of stronger fuel demand, though not as high as that seen by Valero. The moving average for gasoline demand has increased nine of last 15 weeks and 15 of the last 24, Energy Information Administration data show. The demand still trails 2019 figures by thousands of barrels per day. To be sure, Valero and the federal government are counting the figures in different ways.